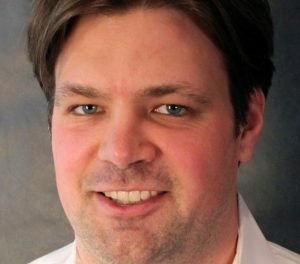 TUCSON—Research Corporation for Science Advancement (RCSA) announces that William Dichtel, the Robert L. Letsinger Professor of Chemistry, Northwestern University, has been selected as the 2018 recipient of the foundation’s Cottrell Frontiers in Research Excellence and Discovery (FRED) Award.

“Cottrell FRED awards have a dual purpose,” said RCSA President and CEO Dan Linzer. “While they reward creative Cottrell Scholars with vibrant programs of research, they point to the future by providing funds to initiate high-risk/high-reward projects that will potentially transform a research area.”

Dichtel, a 2012 Cottrell Scholar, is being recognized with the $250,000 award for his pioneering efforts to develop new methods to polymerize diverse monomers into ordered, two-dimensional polymers with unprecedented control of their covalent structure, crystallite size and shape, and higher-order assembly. (Dichtel and his colleagues summarize their work in this area in the July 6, 2018, edition of Science, pp 52-57.)

“Will’s research program addresses the most important contemporary challenges at the interface of organic chemistry and materials science and is different from anything else out there,” writes his colleague, Craig J. Hawker, professor of Interdisciplinary Science at the University of California, Santa Barbara.

Hawker explains that Dichtel’s efforts involve organizing organic (carbon-based) molecules into crystalline networks known as covalent organic frameworks (COFs) that exhibit ordered, layered structures not found in other types of organic materials. “COFs are a wide-open frontier in materials chemistry; they were first reported in 2005 and only a handful of examples were known when Will started in the area. Will’s work is already opening major opportunities that are attracting others to this field,” according to Hawker.

He notes COFs are structurally precise materials with permanent porosity and high surface areas, adding these attributes make them of interest for applications involving charge separation and transport in organic photovoltaics and transistors, batteries, ultracapacitors, drug delivery systems, heterogenous catalysts, and many others.

“Will recently solved the most important challenge associated with using COFs for [potentially practical] applications: he has developed a simple yet powerful means to grow ordered thin films on electrode surfaces,” Hawker observes. “Prior to Will’s work, COFs had been isolated exclusively as insoluble powders – despite having intriguing structures, these powders are completely irrelevant for most applications. Will has grown the first highly ordered COF films on transparent, conductive graphene surfaces, enabling device fabrication and modern spectroscopy of COFs for the first time. Will is pushing framework materials to new applications that will leverage their precise structures, such as sensors, ion-conductive materials, and for water purification. Will’s materials also represent an outstanding platform for studying critical fundamental processes of molecular recognition, charge separation, and ion mobility in organic solids. Such studies are difficult in contemporary organic materials because their film structures are typically poorly defined.”

Hawker notes Dichtel has also been very active in designing COFs with interesting electronic properties, thus illustrating their potential for energy storage. He has also developed polymerization techniques to produce nanometer-thin COF films that can be transferred to any substrate and incorporated the end product into nanofiltration membranes for the first time. “This method points the way forward for other thin-film and membrane applications that leverage their structural precision and designed porosity,” Hawker points out.

“Perhaps most excitingly, Will’s group has harnessed this improved mechanistic understanding to prepare the first 2D COF single crystals, a major achievement that has eluded the field of COFs for its first 13 years. Taken together, the ability to form COFs as oriented films and the possibility of incorporating complex functionality open up dramatic scope for these materials. This breakthrough also forms the basis for Will’s FRED proposal, which takes COFs into new directions that fully leverage their designed structures and tunability,” Harker says. [2D materials, also known as single-layer materials, are highly ordered (crystalline) substances consisting of a single layer of atoms. Generally, 2D materials are either allotropes (variations in form) of various elements, or compounds consisting of two or more covalently bonded (electron-sharing) elements.]

Dichtel’s early work in this area was supported by a Cottrell Scholar Award, said RCSA Senior Program Director Silvia Ronco. “RCSA is delighted to follow up on this successful investment by giving him the 2018 Cottrell FRED Award.”

She pointed out that the initial Cottrell Scholar Award Dichtel received in 2012 requires the recipient to submit a plan for improving science education at his or her institution. Dichtel, who was at Cornell University when he became a Cottrell Scholar, helped to redesign the undergraduate chemistry curriculum at Cornell, improve undergraduate organic chemistry instruction at both Cornell and Northwestern, and contributed to the dialogue about assessing effective teaching and learning on the national level with RCSA and the Association of American Universities. He is also an outstanding lecturer and scientific communicator who has given approximately 80 invited lectures in the last four years.

Dichtel’s pioneeringworkhas been recognized with national and international awards, most notably from the American Chemical Society (ACS) — National Fresenius Award, Cope Scholar Award — and International Union of Pure and Applied Chemistry (IUPAC) — Polymer International/IUPAC Award for Creativity in Polymer Science — as well as The Kavli Foundation Emerging Leader in Chemistry Lecture at the Fall, 2015, ACS meeting in Boston, andtheMacArthurGeniusAwardin2015.

“More recently, Will is pushing his research beyond his academic laboratory, as he started a company, CycloPure (www.cyclopure.com) to commercialize porous cyclodextrin polymers that his group reported in Nature in January 2016,” writes his colleague Stuart J. Rowan, professor of Molecular Engineering and of Chemistry at the University of Chicago. “These polymers remove pollutants at environmentally relevant concentrations from contaminated water streams in just seconds of contact time, and are derived from a simple one-step method. In its first 10 months, CycloPure secured an exclusive license to this technology, had its first patents allowed by the U.S. Patent Office, and raised more than $1 million in private investment. This effort brings an added dimension to the impact of Will’s research.”